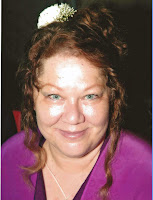 At the bottom of the comments on each post, there may be a "Load More" button. If you hit this, it will load more comments for that post.
Tweets by @KyraSpeaks