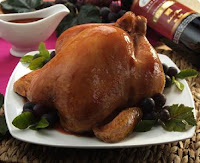 *All bold statements have been bolded by Kyra

Abraham's memory is not so great. Take this example from a common Abraham Hicks story about how Snuggles the dog nearly ate Renegade the chicken:

August 26, 2007 Sedona, AZ
"And Jerry had a sensing of something going on, went out on the back porch and looked, and there is Renegade, apparently already dead and ready to be Snuggles's lunch (although Snuggles really did not care for it. He just killed her for the fun of it, it seemed). And Jerry had a shotgun (that he had never fired) for just such an occasion. And he shot it into the air to get Snuggles attention. (And blew a hole in his favorite tree, by the way, and the telephone line.) And Snuggles dropped Renegade. And Renegade shook herself off and got up and came home quickly. And Esther said, 'Abraham, I thought Snuggles had killed renegade. I thought Renegade was dead. And we said, she wasn't dead, she was just getting ready to be dead.'" (This same version is retold in the May 12, 2007, Gaithersburg, MD workshop.)

Mexican Cruise (January 24, 2010)
"And one day, Jerry felt a very strong urge to go out, and he went out. And sure enough, Snuggles had Renegade. And Renegade was hanging like a limp rag, and Snuggles was running away. And Jerry yelled, 'Snuggles!' And because Snuggles is a domesticated dog and therefore prone to some human guilt, Snuggles dropped Renegade...when Jerry yelled...and when the chicken hit the ground, she just shook herself off and ran home. And Esther said, 'Abraham, I thought Snuggles (sic) was dead. And we said, Snuggles (sic) was just ready to be dead.'"

From the 2007 telling to the 2010 telling of this adorable little story, Jerry seems to have lost his gun. Initially, I was going to give Abe the benefit of the doubt and say that it was another time that Snuggles had attempted to eat Renegade. However, I find it hard to believe that Esther repeatedly said to Abraham every time Renegade was caught by Snuggles, "I thought Renegade was dead." It's odd to me that three years after telling this story 3 times (at least, I have heard it more elsewhere), that "Abraham" would have forgotten the gun and explained that Jerry's yelling worked because Snuggles was a "domesticated dog." Also, in the 2010 recording, Abraham mistakenly calls Renegade Snuggles at the end of the story.

For reference, in Esther and Jerry's interview with The Independent, published in 2007 (the same year as the Sedona, AZ version) they retell the story, with the gun.

The Independent Interview
"We had chickens for a few years. We had this one chicken, Renegade, who wouldn't stay in the yard. She went to the neighbours', where there were dogs. And sure enough the neighbour's dog..."

"Snuggles got her. Jerry saw that. Didn't you shoot a gun..."