Kyra, Aren't You Preaching to the Choir? 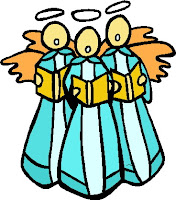 Since I first started posting skeptical information about various gurus, I have been repeatedly confronted with comments like the following:


I AGREE with you that many of these self-styled, self-help gurus are primarily interested in helping themselves and find your cynicism well placed in that regard but ask "Aren't you preaching to the choir here? I mean, it is despicable for charlatans to raise false hope while divesting their followers but on the other hand if the undelying grain of truth that thees folks dress in all manner of hogwash is enough to pull a few tortured souls on to peace isn't it just as well to let them. The ones who believe wont stop on your word and the ones who already don't well they don't really need your help to see their point of view any clearer...do they? - James Cook (02/26/2013)

I have answered this question, in its myriad of forms, since the first day I began posting in October of 2010, so I would like to state my answer clearly, and emphatically, in this post so that I can link to it for anyone who might be confused in the future.

When I began blogging, I had no desire to pull anyone out of their belief in any guru. It's not that I didn't want to help them. It's that I didn't believe it was possible, because I knew how stubborn I was when I was using the teachings of my various new age gurus. So...why did I decide to post this information, if not to sway people away from these gurus? There were really two groups I was reaching out to:
Based on the emails that I get, I can tell that I successfully have reached out to both these groups. That was my goal, and I consider it a success.
Posted by kyra at 12:18 PM 3 comments