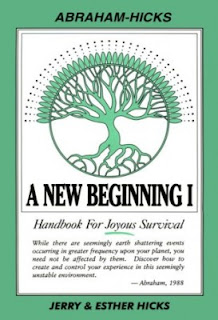 At the beginning of Esther Hicks' channeling career, she predicted (via Abraham) a great realignment or "shift" that would cause abrupt changes in various parts of the world.


"…volcanic ash will be experienced in all parts of your world as the volcanoes around your earth are simultaneously activated. Face masks and goggles will be of great value."
- Esther Hicks (A New Beginning I, 2002 edition)

Abraham provided specifics about where earthquakes and water-damage were to occur. In a 1993 workshop (05/16/1993), they (through Esther) said they'd believed these changes would occur in 1988. When they hadn't, they'd modified the timing to 1990. Again, no realignment. They excused this, stating that the energy had dispersed and subsided, but warned that realignment was still coming.

The Hickses no longer sell A New Beginning I or the Joyous Survival tape, two publications that discuss the realignment. Esther, as Abraham, no longer suggests that they were wrong about the timing of this event. It seems to me to be a not-so-clever attempt at hiding one of Esther's greatest channeling blunders.

Recently, I decided to dig up an older edition of A New Beginning I. I had this hunch that the Hickses might have tailored the text to downplay this great-realignment-that-never-happened. My hunch paid off. Various discussions (pages worth) about the great realignment have been removed from the most recent edition, 2002. Others have been altered. In one telling omission, the following discussion transpires between Abraham and a workshop attendee:

COMMENT: The last time I was here, we were asking about the time narrowed down with the earth shift, and you were telling us early summer, which is June.

ABRAHAM: And now we tell you to receive it yourself.

To say the least, I find the Hickses revisions of A New Beginning I incredibly suspicious.

*I just realized via Twitter that today is Esther Hicks' birthday. Happy birthday, Esther!
Posted by kyra at 3:17 PM 18 comments