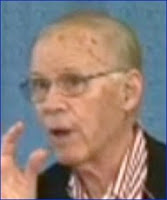 Sick and tired of the gossip and speculation surrounding Jerry Hicks' illness, a reliable source revealed to me that Jerry has been receiving his chemotherapy treatment for leukemia.


**This information was reported here 4 months before Abraham Hicks confirmed my source's intel.

Several weeks ago, Abraham Hicks released a letter from Jerry and Esther, stating that they were cancelling various workshops for reasons involving a "spider bite that Jerry got in Florida." Later, in another letter, the Hickses wrote that Jerry was undergoing "heavy chemo," but never explained what for. The intentional vagueness of these letters left many wondering what Jerry's mystery illness could be. Today, I was informed by a source close to the Hickses that Jerry has been receiving his chemo treatments for leukemia.

For over 25 years, Jerry has traveled the country, promoting the Teachings of Abraham, which advocate a person's ability to prevent and cure disease solely by changing one's thoughts. Regardless of these claims, it appears the teachings have been useless in helping Jerry prevent himself from attracting leukemia. And rather than exclusively using the ideas that the Teachings of Abraham claim can bring the body into perfect alignment from any illness, Jerry has opted to treat his leukemia with conventional medicine.

This should come as some surprise to fans of the teachings, many who are purchasing them in hopes of attracting wellness and perfect health into their own lives. One would think that Jerry's situation would leave them wondering: can these teachings really create perfect health, or is it all a sham?

UPDATE: Jerry and Esther finally discuss this in their recent blog post, making plenty of excuses to satisfy any discomfort their fans may feel.
Posted by kyra at 4:00 PM